War. Terrible thing. But, as much as we distaste it, we are attracted and fascinated by it.

War. Terrible thing. Yet, it seems like a part of the essence of human beings. We, the human race, practiced it long before we had the ability to make tools and weapons to hurt one another. It's within us. No matter how much we are disgusted, shocked, and terrified each time we hear about the new war and killings, nothing new. They leave behind the sense of terror, hopelessness, they leave casualties and devastation...and they leave history and potential behind. Because, as much as we distaste it, we are attracted and fascinated by it. The reasons, the cause, the strategy, the tactics, the odds, the weapons, the geography...everything is interesting once it passes. We study it, we explore it, and we learn from it. All of that combined makes military tourism what it is today, a fast-growing form flourishing in every continent.

Historical sites, battlefields, facilities, museums, technology displayed...all of this attracts history and war lovers around the world. Traveling to another country only to check out the battle site or visit a museum dedicated to a particular battle can seem a bit strange. Nevertheless, people enjoy war in peaceful times, and where there's a demand, the supply follows. One of these military sites finds itself on the island of Vis, Croatia.  A small island in the right place, it has been an important point for many civilizations, from Greeks, Illyrians, Romans, to the modern age and Italian, Austro-Hungarian rule, former Yugoslavia, and finally Croatia. Its strategic position in the Adriatic dictated the interest from major forces, especially during the two World Wars. The remains of these historical events, as well as the aftermath, resulted in more than enough material for creating a military tour on Vis.

The military tour on this island is not a conventional one. No war was waged on it, no direct casualties suffered, except one, but a noble one. World War I went by more or less without much fuss. Vis was under Austrian rule and thus was bombarded in 1915 by Italian and French destroyers leaving an unexploded shell stuck inside the facade of one of the houses as a postcard stamp. Many died, but far away from Vis, on Italian - Austrian borderline. World War II was a different story. Occupied by Italians from 1941 to 1943, it was liberated by the Partisans and was from that moment the strategic island for Allied operations as it held a small airfield used for operations and emergency landings. Surrounded by enemy territory, it was in constant danger to an attack, but the British Navy and Air Force protected it until the end of the war. They also protected Josip Broz Tito, at that time the leader of Partisans and afterward head of the new Yugoslavian state. Hidden in a cave on Vis, he directed many war operations as well as the politics of that time. After the war, the whole island became a military naval base of the Yugoslavian army, closed to any visitors. The Yugoslavian army completely transformed the island with military facilities and equipment, adding up the potential for the military tour.

You will find several Military tour providers on Vis, highly experienced, full of information and interesting historical facts that will spice up the feeling of those times that still linger on the island. Just be careful wherever you go, dress in layers, and put some good shoes on, not flip-flops!

Nearby the town of Vis, the bay of Rogačić hosts the popular tunnel, a former submarine base carved inside the island. Nowadays, it serves mostly as a berth to the sailing boats paying a visit or for tourists and locals to go for a swim or make a few jumps from the ceiling. No need to highlight the dangers that come out of jumping from a high point to the sea surface…at least do it sober! You can also enter inside and find some small abandoned storage units and take a few photos.

The next stop is the compound ARK Vela Glava, an atomic shelter for 200 people, intended to act as the main base in case of an attack in the years after WW II. Webbed with various tunnels, natural and artificial caves, Vela Glava is like a labyrinth, and it's easy to get lost inside as the original blueprints were taken away.  Beneath Vela Glava, the former World War II air track responsible for saving many lives still stands marked in the field by short poles stretching along its former boundaries. It stood as a piece of land on a small island in the middle of the Adriatic, surrounded by territory occupied by the enemy. The only refuge for allied airplanes coming back from long-distance missions deep inside Europe, as the pilots couldn't make the full circle and reach England with one fuel tank, Vis was a true safe haven for those brave men. You can eat or drink something in the nearby restaurant conveniently named „Aerodrom“ (the Airport) and imagine the fuss and excitement during those days when the plane would return from a mission while you get some snacks and a glass of wine. They fought back then so you could enjoy it today.

After checking out the airport food, climb up to Hum, the 500m high peak above Komiža, a fishermen's village in a protected bay. From this point, you can see the whole Vis and nearby islands, and thus feel this strategic position Vis finds itself in. A short walk beneath the hill will allow you to check the famous Tito's cave. Not much to see, but not every day one gets the opportunity to take a look at an official statesman's cave.

The best way to finish is with fireworks, and that would have been the case on the cape of Stupišće if this was in the past. This was the largest military compound on the island as it was used as a rocket base. Massive firepower was stored inside numerous tunnels and storage rooms still lying beneath the rocks, heading in many directions and ending on the opposite side of the bay and above on the nearby hill. These emergency evacuation tunnels were hidden on top by stone houses that were used as a distraction for the enemy aircraft. Still on this location, and many others across the island, one can see the artillery bunkers on strategic points, guarding the island against an attack from air and sea. Never used in real combat, but a real threat to the newly proclaimed Republic of Croatia during the Homeland War in the 1990s. The Yugoslavian main admiral on Vis at that time refused to shell Croatian coast towns and committed suicide to keep his honor intact. It could be that this is the only casualty of the war on the island itself during the three major wars Vis was involved in the modern era. After the Yugoslavian navy left Vis in 1992, they destroyed all the military equipment to prevent Croats from using them for their purposes. The remains are still at their previous locations, perfect for a photo. Take a shot! Of course, there were casualties in these wars, such as those lives lost in the aircraft B-24 (Check out the short video!)  that crashed into the sea, or ships that were sunk around the island. The remains of these vessels can still be seen in the waters around the island (Check out our BLOG about diving) To honor all those casualties, mainly British and Americans (as there were more than 10000 allied soldiers stationed on Vis at that time), from 2018 a memorial stands in Milna on Vis witnessing the ultimate sacrifice those men gave for freedom.

All in all, an island of 90 square kilometers has a huge history behind itself. Not even scratching into the ancient era, the 20th century has more than enough to please all those infatuated in war and everything connected to it. The remains, the stories, the scenery in general, give you a thrill once you comprehend all of the information you get on the military tour. That's why we recommend taking some of your time and hop on one of those tours to experience Vis in a completely different way than you probably used to have. Covering the miles and locations in a land rover definitely kicks up the overall off-road experience and gives you the goosebumps that burst the time bubble you were in when it finally ends. It's definitely worth it! 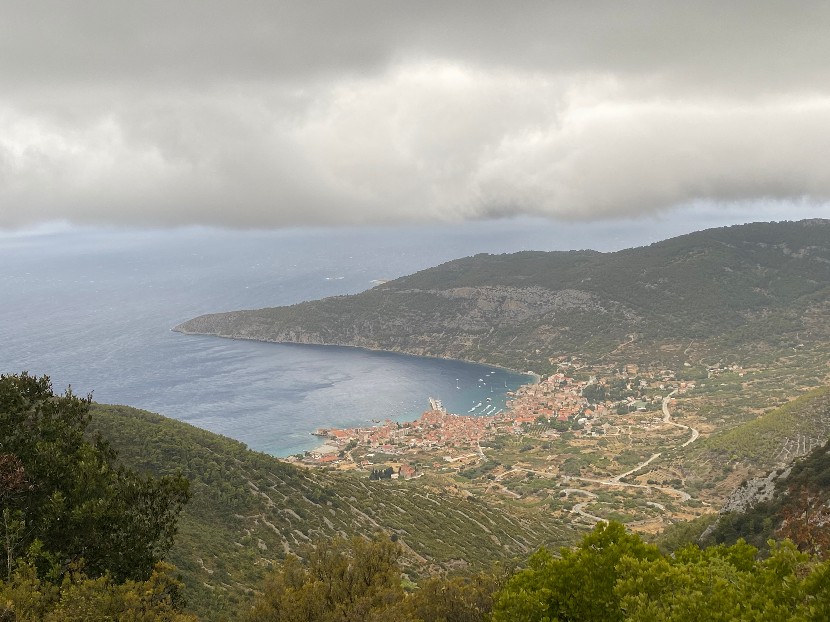 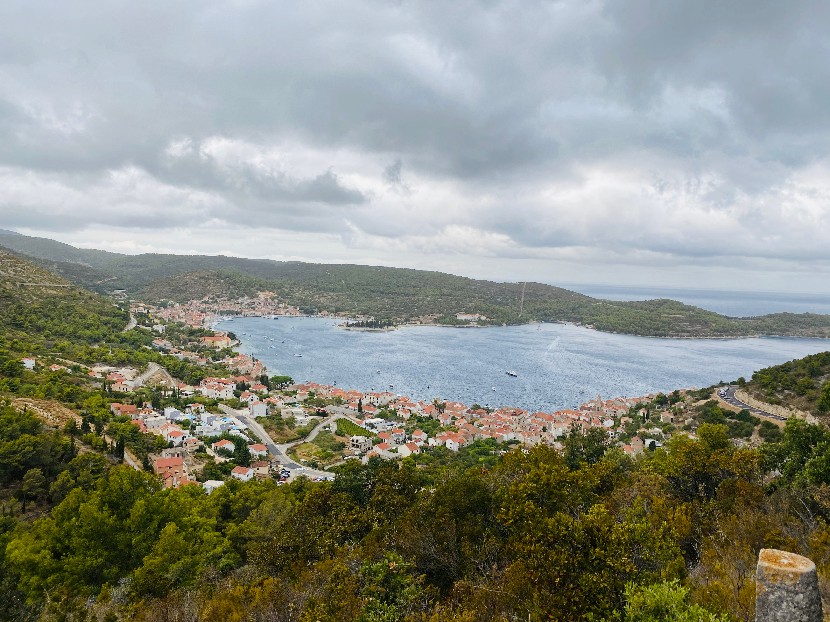