People have started to pay attention to the natural remedies and soon realized that the marine climate helps with everything associated with modern lifestyles such as tension and stress, preventing and treating heart and blood vessel diseases, cleansing and hydrating the skin.

People of the old world weren't stupid. Au contraire! The level of skill to produce some of the greatest civilizations and buildings and the level of knowledge about architecture, astronomy, medicine or nature in general, exceeds even our knowledge in the 21st century. How they did some things and knew some processes with their "limited" knowledge and tools from our point of view may never be explained. Sometimes we look down at those achievements saying: "That was 2000 years ago, what did they know". But the truth is, we were not born with the knowledge of everything just because we were born in "more civilized" time. Some of the knowledge they had we just begin to understand, even though it seems natural when we get hold of the knowledge. Again.

In the 5th century BC, legendary Greeks Hippocrates and Euripides came to the same conclusions regarding the seawater. Hippocrates, referred to as "the father of medicine", studied the healing effects of the sea, and his colleague Euripides, the drama writer, concluded that "the sea washes away the ills of all mankind". Close enough, dear Euripides, but no sea can wash away all the mud we create. Anyway, all of the "old nations" had some kind of thermal baths, complexes or private facilities in which they could relax their body and mind. Romans, for example, probably lead the way with their innovations and the number of such facilities. For example, in the 4th century, only in Rome there were more than 350 thermal baths or thermae and imagine how many more throughout the empire in its peak.

The most famous of all are the Baths of Diocletian, our fellow co-citizen, that encompassed an incredible 13 hectares of land in Rome in 306 AD. The baths were public in Rome, charging only a few denarii for entrance. Marvellous buildings they were, serving the purpose as they increased public health by healing the body and mind, as they were a place of socializing and entertainment as well. Expanding the idea of the former bath complexes they encountered in their conquests, Roman baths consisted of several typical parts/features inside the complex such as:

Additional facilities included some additional, more private features, especially in private baths that were common inside the private villas. These villas were mainly built along the coast of the Mediterranean, by the seaside or just looking on the sea. Even though they like to bathe, and they used the seawater in their public bath, heated it and knew about the healing effects it could have, never had some kind of leisure time in such scale as we have today developed in the ancient world. Romans swam, of course, liked to bathe and spend time by the seaside it seems, but the sea was not their thing. They did go on the beaches to refresh themselves, but just to stand in the sun to get u suntan they considered ludicrous because the slaves had a suntan from working the fields, so why would they look like their slaves?  To sum the Romans up, a little bit savage and conquering, pretty clever and ingenious people, but didn't know everything.

Like many other things, these benefits and even the scant knowledge of the healing power of water were lost until the early 19th century and the Victorian revival. Commonly known at that time as hydropathy or hydrotherapy, the water-cure became increasingly popular after the pioneers Preiss Nitz, Kneipp and Claridge started their practices and hydrotherapy spread through Europe all the way to the United States. From that moment, people have started to pay attention to the natural remedies and soon realized that the marine climate helps with everything associated with modern lifestyles such as tension and stress, preventing and treating heart and blood vessel diseases, cleansing and hydrating the skin.

Nevertheless, not before the start of the 20th century, so more than 2000 years after the Greek science legends, has an official study of the effects sea has on the human body been conducted by the French scientist René Quinton. Quinton wrote a great work, but to list all the benefits the seawater has on people would take too long and a chemist to explain it further. To summarize, the main revelations in his work were the facts that the seawater is analogue to the human body as they have the same mineral composition as blood plasma and seawater have a strangely similar concentration of salt and other ions and pH value as the healthy human blood. Some even inject it in blood, but please don't do that at home, especially if the seawater isn't pure like in the Adriatic.  Adding to these findings, he also discovered that seawater contains almost all elements from nature such as sodium, magnesium, calcium, potassium, silicon and even silver and gold! Therefore, while swimming activates all your muscles, rids you off cellulite and back pain, clears your nose and throat, go on and swallow some seawater with your strokes...you can get rich if you be careful enough in the privy. :)  Even so, if you're not much of a swimmer, you can take in the full effect of the sea just by lying in the shallow on the beach. Get stranded on like a whale on his final resting place, but you keep on breathing. Actually, the first thing you will do when you come to the sea is to breathe in reflexively. With that one breath, you fill in your depleted reserves of many chemical elements in your body as the sea air is full of microparticles such as sea salt, aromatic herbs, and essential oils. Either lying on your back or on your stomach, the caress of the waves and the sun waking up your vitamin D causes an explosion of serotonin inside of you. A silent explosion as you have to be relaxed.

The sun will evaporate the seawater on you and leave the sticky salt on your hair and skin. Don't wash it away immediately as it is precious. Sea salt itself has practically all the elements you can find in nature, and by consuming or inhaling it the body has the elements needed to regulate hormones and lots of processes that come as a result of their work inside us. Sea salt can be, without any hesitation, the new superfood. When it's produced in natural processes, by evaporation of seawater, sea salt has some amazing effects. It balances the level of acid and sugar in our body, strengthens the immune system, lowers cholesterol levels, and as an antioxidant cleanses the blood.  The colour of the Adriatic will help as well. Scientists have proven that the sea blue colour has an effect to calm one down. By looking in the water or just by being beside it gets us in some kind of pre-meditating state where you feel that that's where you need to be. So just be. We won't stop you. Moreover, we can give you a nudge. 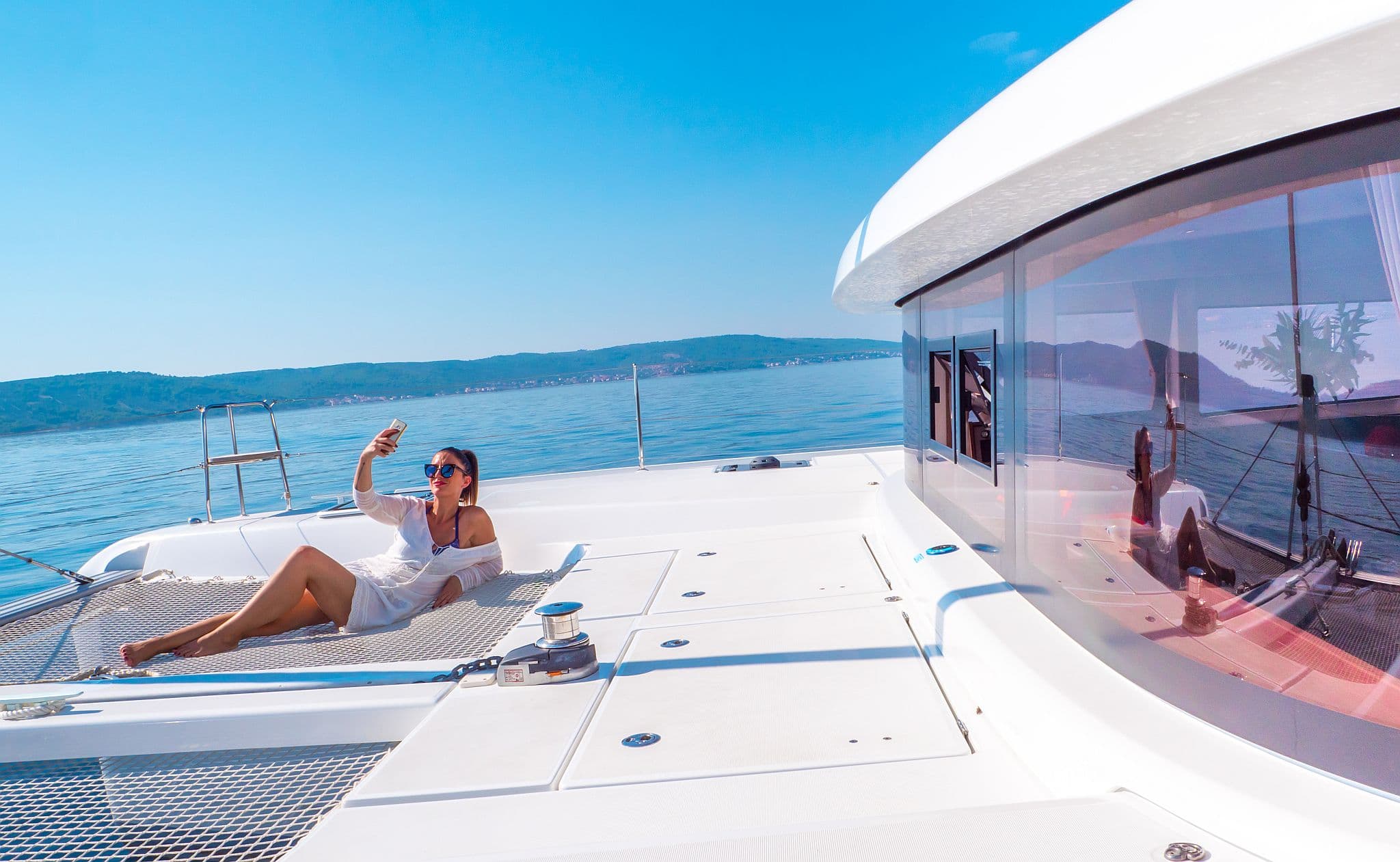 Just imagine yourself on a yacht, far away and isolated from all the problems that come as an attachment for being alive in this world, sailing on to a remote location in the middle of the sea, enjoying the breeze and the freedom that comes with it. Waking up from the privacy of your cabin, just hop in the crystal blue sea and you are connected to the whole world. Floating on the surface of the sea, your physical and mental weight ceases to exist, and you are truly free to enjoy your day.

All in all, you can get the point why is that the sea, seawater, and the sun can be good for you, your body and your state of mind. Powerful enough on their own, their combination is something doctors approve and recommend for a while now. Hippocrates knew it, Quinton proved it, and you can experience it with us!