Labeled as "the sportiest city in the world" Split, a town of only 300 000 people, gave so many famous sportsmen and women and brought so many Olympic medals (the last count stopped at 97) that it fully deserves the label and more.

"Tickle a mammoth", "Glacier-boarding" or some kind of head-butting contests were probably the first sports look-a-likes known to the human race. Depictions of prehistoric sports events such as swimming, wrestling and sprinting, had been found on cave paintings and they date back even to 15000 BC! Ancient civilizations such as the Chinese, Egyptians, Greeks, Romans have practiced some kind of sports, the peak being the organization of the Olympic Games in Ancient Greece. Doing sports was very important as, through friendly competition, one could test the basic human skills, learn new ones, increase strength and stamina, and learn to work as a unit, all very much important in militarised societies. Therefore, wrestling, boxing, sprinting, archery and horse-racing were widely practiced.

Sport as a word and sport as we know it, leisure time, time for recreation, was introduced around 14th century AD. From highly violent all-round competitions between towns and villages, used often as a substitute for war, to "noble" sports such as tennis, polo and horse racing, doing sport was a recreation and a way to gain prestige. Nowadays, with more time to engage in such activities, most people do some kind of sports. The increased popularity of particular sports, giving birth to professionalism in sports, has led to sport becoming a major industry worth billions of dollars. The best individuals in each sport are becoming a club, regional and national heroes, icons, legends. Promoted through sport, they promote the sport, their city and country.

In that way, Split has become a sort of a beacon in a modern world of sports. At least we in Split think so. Labeled as "the sportiest city in the world" Split, a town of only 300 000 people, gave so many famous sportsmen and women and brought so many Olympic medals (the last count stopped at 97) that it fully deserves the label and more. We want to introduce you to some of the most famous ones throughout the sport's history of this beautiful city.

These people represent just a few drops in Split's vast sea of sports talents. The brightest ones that show the way to the younger generations, along with the other sportsmen and women who have greatly contributed to this reputation of Split as „the sportiest city in the world“. A big thank you to all of them and apologies for those being left out from this text. You will never be left out of our hearts and memories.

Member of International Swimming Hall of Fame, Đurđica Bjedov is Split born female swimmer that indebted Split and Croatia with two Olympic medals. In 1968, in Mexico City Olympic Games, she won a gold medal in 100m breaststroke and a silver one in 200m breaststroke.

Croatian high-jump athlete Blanka Vlašić is the second-highest female jumper of all time with 208 cm reached. She carried the name of Split throughout the globe by winning two Olympic medals, silver in Beijing 2008, and bronze in Rio de Janeiro 2016. Among other titles, she was a European champion and a two-time World champion.

A visionary, a tactical mastermind and a "most successful coach in football history" according to La Gazzetta dello Sport, Tomislav Ivić was, without doubt, the greatest football coach born in Split. A legend in and out of Split and Croatia, he has led teams from as many as 14 countries and 4 national teams, winning championships and cups in six countries (former Yugoslavia, Netherlands, Belgium, Portugal, Spain, France), the European Super Cup and the Intercontinental Cup. The most famous clubs he coached, alongside the beloved Hajduk Split, were Ajax, Porto, Anderlecht, Paris Saint Germain and Marseille. In each one he did not only won competitions, but he left a permanent mark in football style and philosophy. 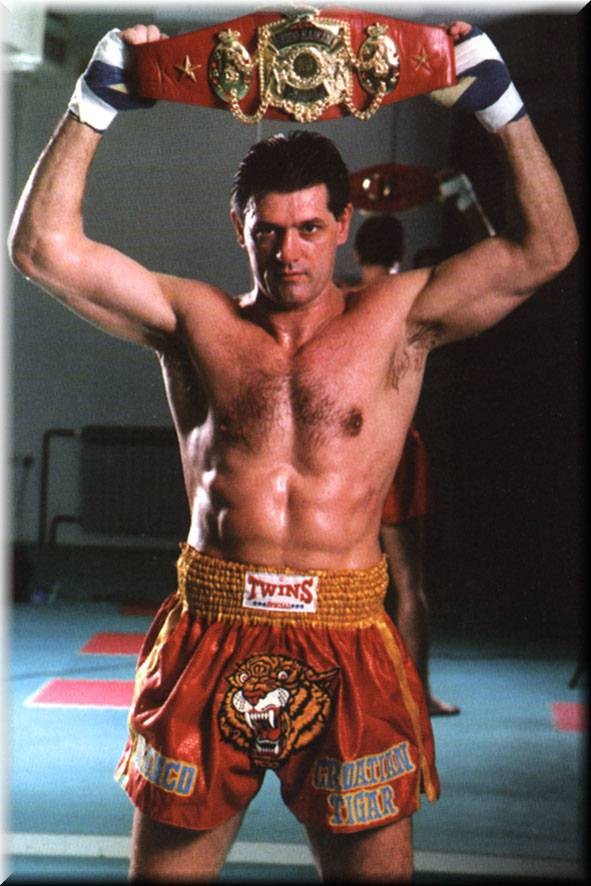 Widely known as "Croatian Tiger", Branko Cikatić is one of the most famous kickboxers in the world. By taking up mixed martial arts like Taekwondo, Karate and Judo already by the age of 18, he started his career in boxing and kickboxing. In his prime probably the most popular kickboxer in the world, at the age of 38, he surprisingly won the first K-1 event ever held alongside many more medals in MMA competitions.

Here and there more known for his jokes and smashed rackets then his success on the tennis field, Goran Ivanišević is a man of many talents. Having even scored a goal for the Croatian football team, he was, however, more focused on tennis. Luckily though, as Croatia would have been left without two bronze Olympic medals he won in singles and doubles in Barcelona 1992. Croats and fans around the world lost many nerves watching his matches, most of all the four Wimbledon finals, three of which he lost when finally winning the last one in 2001 with a wild-card invitation as he was ranked 125th. Only Goran can do that, people would say. :) A legend in many ways, he surely deserves to become a member of International Tennis Hall of Fame in 2020.

Destinies intertwined as though they were brothers, this duo has pretty much accomplished everything they dreamt of. Dino Rađa and Toni Kukoč lead the famous Split's basketball team "Jugoplastika" that won basketball EuroLeague three times in a row in 1989, 1990 and 1991. They won two silver Olympic medals in Seoul 1988 and Barcelona 1992, European Championship, Kukoč World Championship, and many more medals. Featuring in NBA, Rađa played for Boston Celtics and Kukoč for Chicago Bulls, having won 3 NBA titles. Funny fact is, although winning a lot more while in NBA and through an international career, making him one of the most successful basketball players, Kukoč was left out of Hall of Fame (nominated 6 times), and Rađa was inducted in 2018. The real fact is they both deserve it.

Nicknamed "Handball Mozart" for his incredible technique and passes displayed throughout his career, Ivano Balić is one of the best handball players ever. Born in Split and started as a basketball player following footsteps of Rađa and Kukoč, Balić eventually started playing handball and finished as a World (2003.) and Olympic Games (2004.) champion with Croatia. Bronze at London 2012 Olympics, two World Championship silvers, two European Championship silver and bronze medals add up to his amazing achievements. His biggest achievement though is returning the Croatian handball to previous success and tying up hearts and minds of the next generations of handball players in Croatia and other countries.

Croatian swimmer Duje Draganja was born and raised in Split. From an early age, he was inseparable with the sea and swimming, which resulted in him becoming a silver medal winner in the 50m freestyle race in Athens 2004 and a World Champion in the same discipline in 2008. He broke many records and did not want to break his Croatian nationality although having been offered much better conditions if he would start swimming for Qatar or Italy.

Skelin brothers are Croatian rowers born in Split. They have won two Olympic medals for Croatia, the first one having been a bronze in men's eight in Sidney 2000, and the second one featuring them alone in coxless pairs in Athens 2004. Other than that, they won a silver medal in World championship in 2001 in men's eight, bronze in coxless pair in 2002, and finished runner-up in coxless pair in 2003. They were so much synchronized after all these competitions they rowed together that they end up marrying two sisters. Not their sisters of course.

Stipanović, the member of Sailing Club "Mornar" Split, won Croatia's first-ever sailing Olympic medal by coming second and winning silver in the men's laser class, at the 2016 Summer Olympics in Rio de Janeiro. He continues his achievements and the tradition of sailing in Croatia with a most recent bronze medal in World Sailing Championship 2020 in laser class.

A water polo goalkeeper, Split's Josip Pavić has brought two Olympic medals back to his hometown. 2012, in London, he won a gold medal with the Croatian national team, and four years later, in Rio de Janeiro 2016, silver was the color around his neck. In his rich career, he won almost everything he competed for. World and European champion, state champion, the Best player in the world...you name it. Probably the most special of all to him was the honor to carry the Croatian flag in Rio 2016.