Emerging in the old Peristyle, Diocletian's mausoleum (nowadays Cathedral of St. Domnius), and Diocletian's cellars, this nest of culture is the heart of Split, bringing pride and joy to its inhabitants, but as well great economic gains through tourism in various forms.

Cultural heritage is the legacy of a particular group or nation in terms of culture, and it represents one's history and identity. It was probably for this reason that the Roman emperor Diocletian built his mansion on the banks of Dalmatian coast, near his home town of Salona, the central town of Provincia Dalmatia. Either that or the land was cheap back then, unlike today. He could have built it anywhere in the known world, but he chose his childhood playground. Even though the Greeks founded their colony of Aspalathos at the same place centuries before, it is from this villa that the Croatian city of Split emerged. From the Greeks, through Romans, Slavs, French to the Italians, history, and culture ran through the veins of this city pulsating inside of the Diocletian's palace. Emerging in the old Peristyle, Diocletian's mausoleum (nowadays Cathedral of St. Domnius), and Diocletian's cellars, this nest of culture is the heart of Split, bringing pride and joy to its inhabitants, but as well great economic gains through tourism in various forms.

The most present of these forms is film tourism, worldwide phenomenon that increases the number of visits for destinations recently used as a movie (TV series) location scenes. Fans flock to these destinations in order to catch a glimpse of the scenery from their favorite show, enabling them to "feel" the atmosphere and imagine themselves in the same spot as a favorite character. Split is no different as lots of movies and series have been produced inside its boundaries and surroundings. The most recent examples are well-known TV series "Below Deck Mediterranean" (reality TV), "Dig", "McMafia" and the globally popular hit "Game of Thrones".

It seems that nowadays you could easily get acquainted with a dragon inside the Diocletian's wine cellars. Not sure how Diocletian dealt with these creatures while attending to his wine collection in late night hours, but we know the Romans were odd folk. The general opinion among historians was that Diocletian abdicated because of his illness, but now it's obvious that it was because of his pets downstairs. History books ought to be rewritten.

You could be one of the lucky ones and get the chance to have your arm or leg severed and chewed up by Rhaegal or Viserion. Come and play! 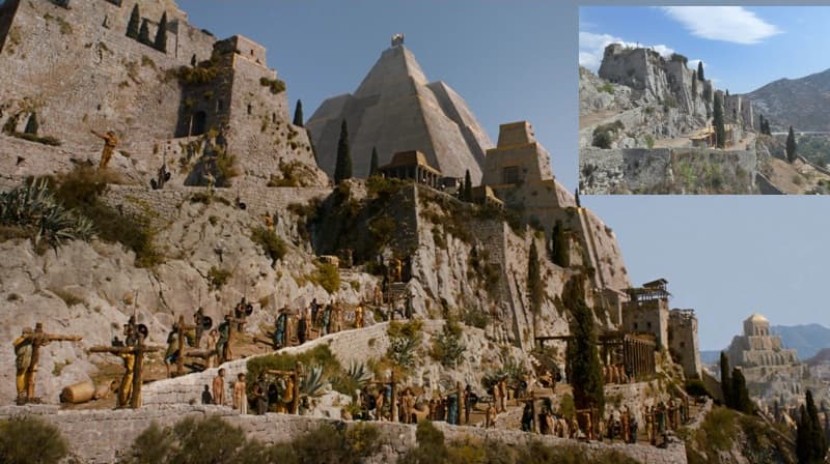