Aspalathos was the name of an ancient Greek settlement founded on the coast of Adriatic many thousand years ago. Living in that time was full of difficulties, and naming a newly founded settlement was one of them. Greeks as Greeks, always having a philosopher at hand to give his advice, looked around and saw the slopes of the mountains around rich on Aspalathos, Weaver's broom, plant that was widely used in the rope-and honey making. Thus, the name staid and glued on the settlements around rising and falling through the centuries. Spalatum, Spalato, Spalatrum, Spalathensis, Aspalathon, Aspalatuo, Spalati, Spljet, all variations of the name Aspalathos, have come to nowadays Split. 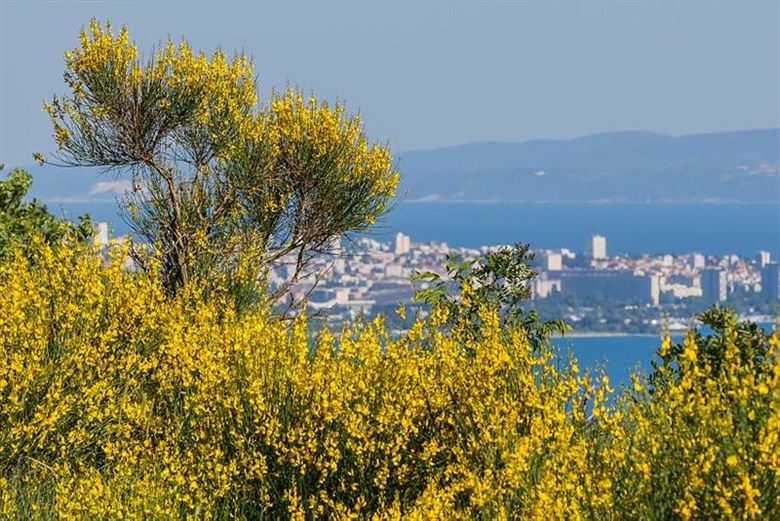 Around 300 AD, the Roman Emperor Diocletian grew tired of ruling the world and constructed a luxurious palace in his former backyard, as he was from the large neighborhood town of Salona. The palace, in which he resided and was buried, had been used afterward as a residence for expelled Roman emperors and their families. After Salona fell, its citizens found shelter within the strong walls of Diocletian's palace, and a new settlement soon rose within and outside of the palace. Even a thousand years after that Split seemed never to have a moment of peace. Turbulent times and constant overthrows followed as the town grew and became more and more important for its geographical position on the banks of Adriatic and close to the passage towards the inland. In 1069 Split was annexed to the Croatian kingdom by King Petar Krešimir IV, but in 1420 acknowledged the protectorate of Venice. On the fall of Venice in 1797 it fell together with the remaining Dalmatia under the power of Austria which ceded it to France in 1805. The 1882 elections in Split introduced Croatian administration and was from that time permanently tied to the fate of Croatia, finally gaining peace after the Croatian war for independence in the 1990s. 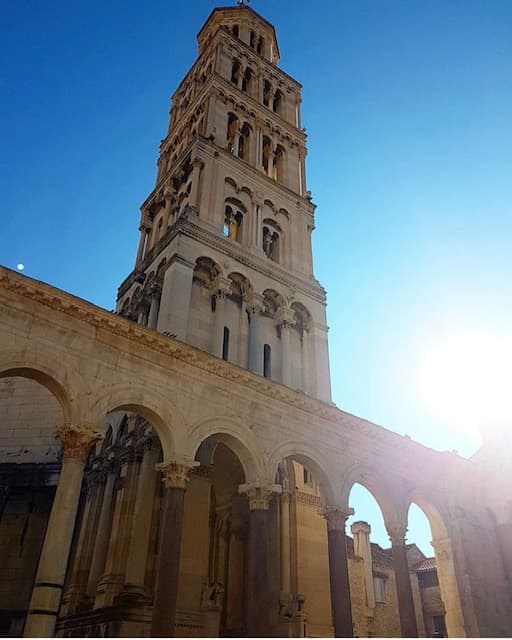 Having suffered throughout history, Split was eventually left with the everlasting reminders of these times in form of the Old Town, the oldest nucleus of Split. Located within the walls of Diocletian's Palace, it is the most valuable example of Roman architecture on the eastern coast of the Adriatic. The mausoleum of Diocletian had become today's cathedral of St. Domnius built in the 7th century, with the Romanesque bell tower added in the 12th century. Outside and within the palace itself, all sorts of work-of-arts emerged with the city's growth. 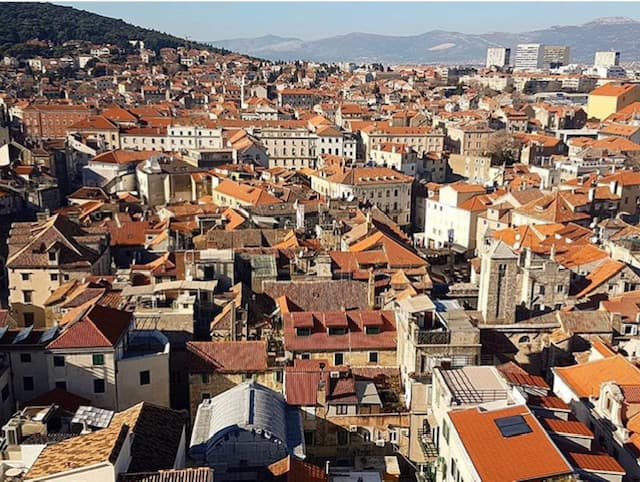 At the beginning of the 20th century Split was the most important port on this coast of Adriatic. In the 21st century, it isn't longer so, but it has become one of the most important touristic centers in Croatia, especially in terms of nautical tourism. Other industries, apart from the strong shipbuilding industry, include processing of plastic masses, cement industry, food, and other products. Many cultural buildings such as the National theater, Museum of Croatian Archaeological Monuments – the major institution of Croatian culture, the Institute of Oceanography and Fishery and its aquarium contribute to the preservation of Croatian history, culture and nature. Another impressive fact about Split is the sport that runs through it and its inhabitants. Almost 100 people since the 1948 London Olympics had won the Olympic medal, making Split a true Olympic town. Split's football gem HNK Hajduk is a pride and love that will never fade, as well as other clubs with a long history in various sports such as basketball, waterpolo, and sailing. It is highly possible that, without the hot dry summers and mild, humid winters that make Split one of the sunniest places in Europe, nothing mentioned above would be possible. Full of evergreen Mediterranean vegetation and subtropical flora, Split was always in a prominent position, flocked with people. Nowadays, this climate powers up the main wheel that spins the economy wheels of Split, and those of SunLife charter, tourism. Thank you Greek dwellers, thank you Aspalathos!