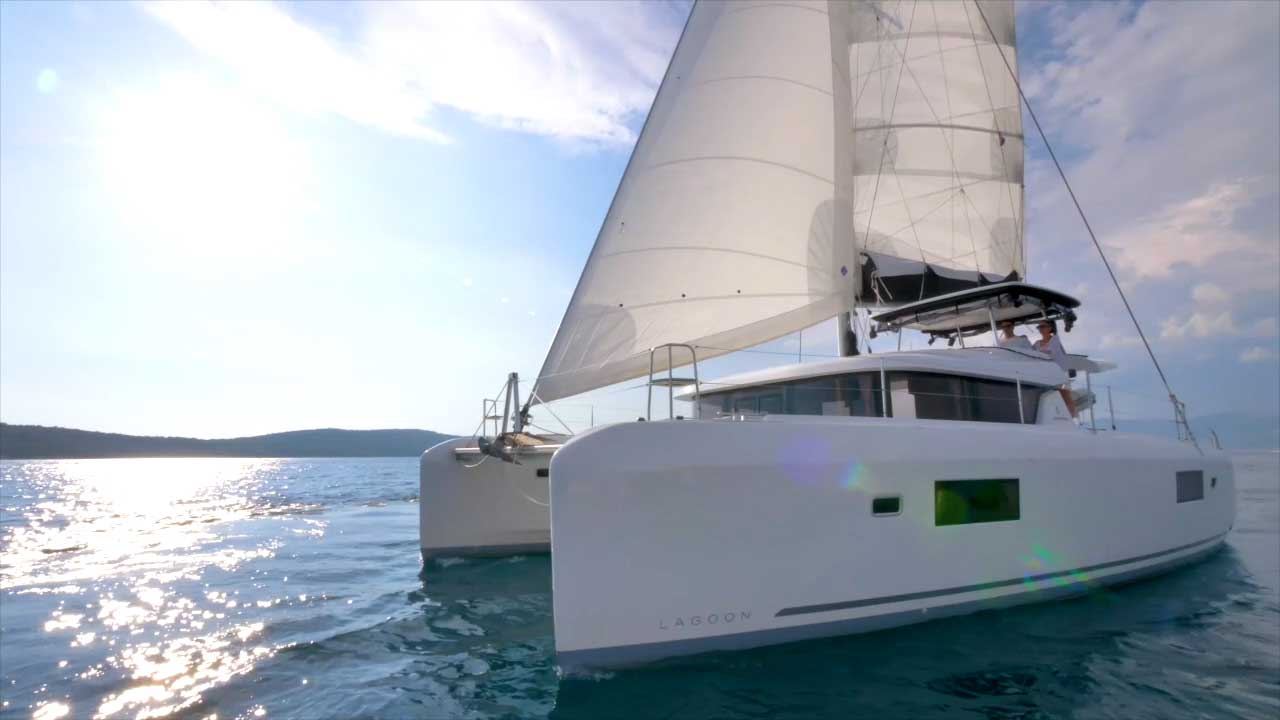 Croatia is, thanks to its position, pleasant mild climate, clear sea and intricate coastline, without doubt, one of the most beautiful sailing area in Europe. The Croatian Adriatic, also known as "the coast of a thousand islands", offers approx. 2600 hours of sun a year, a pleasant Mediterranean climate, and everything else associated with that: the smell of pine trees, lavender, olive groves, vineyards, as well as the rich world of the sea itself.

Croatia extends from the foothills of the Julian Alps in the north-west and the Pannonian Plain in the east, over the Dinara mountain range in its central region, to the Adriatic coast in the south.

Area: 56,542 km2, with an additional 31,067 km2 of territorial waters.
Population: 4.381.352 Capital: Zagreb (770.058 inhabitants - the administrative, cultural, academic and communication centre of the country).
Length of coast: 5,835 km - including 4,058 km of island, islet and reef coastline.
Number of islands, islets and reefs: 1,185. The largest islands are those of Krk and Cres. There are 67 inhabited islands.
Climate: Northern Croatia has a continental climate; Central Croatia has a semi-highland and highland climate, while the Croatian coast has a Mediterranean climate.

Summer temperatures range from 22 to 26°C in the continental region, 15 to 20°C in the mountain region and 26 to 30°C in the coastal region.

Population: The majority of the population are Croats. National minorities include Serbs, Bosnians, Slovenes, Hungarians, Czechs, Slovaks, Italians, and others.

Official language and alphabet: Croatian language and Latin alphabet. Religions: The majority of the population are Roman Catholics, and in addition there are a number of those of Orthodox faith, as well as Muslims, and Christians of other denominations.

Weather conditions in the Adriatic are affected by the general weather situation in the Mediterranean and local climate conditions.

The best season for sailing is early summer: there are good winds in May and June. In July and August, conditions are ideal for those who prefer calm waters. September is also perfect for sailing.

There are several typical Adriatic winds:

BURA (NE) is strong mountain wind. It blows fiercely in the following areas: the Gulf of Trieste, the Kvarner, the Velebit Channel, the region around Sibenik, the Split region, Peljesac and area around Dubrovnik. In summer, it last only a few hours and usually no longer than one or two days.

MAESTRAL (NW) is the "wind of a good weather". It begins to blow about 11 am and usually dies down in the late afternoon. It repeats its cycle, after a quiet night, the next day. It can reach a force of 4-5 on the Beaufort scale.

TRAMONTANA (N) is a form of Bura. It does not blow as strongly as the Bora, nor is it as squally. Tramontana is mainly confined to the Southern Adriatic.

BURIN (NE) blows in the summer from the mainland.

Another type of bora is the easterly LEVANAT.
PULENAT blows from west and lebic from south-west.

NEVERA, a violent westerly, comes as a storm or squall. In the summer, storms in the Adriatic are sudden and violent and produce a short-lasting swell.

The Adriatic storms have an advantage; they do not last long and some of them leave behind pleasantly cool air.

During periods of high pressure, the Adriatic has the classical rhythm of winds: winds from the land during the night and from the sea during the day.

Tides are negligible in the southern Adriatic, but they become progressively stronger the further north-west you travel. The tidal range is small in Croatian waters, the sea level being influenced more by changes in barometric pressure.

There are three types of currents encountered in the Adriatic: tidal streams, regular inshore currents, and wind-driven surface drift currents. All of them are weak and negligible in the Adriatic Sea.

The coastal radio stations broadcast weather reports in Croatian and English several times a day. The reports include a general weather situation report, messages and the forecast for the following 24 hours.

Coastal radio stations (Rijeka Radio, Split Radio and Dubrovnik Radio) receive messages round the clock (from 0 to 24 hours) on VHF-channel 16 and on the following channels:

Note: No official agency is tuned in to CB-channels. Distress calls have therefore little chance of being received by rescue services.